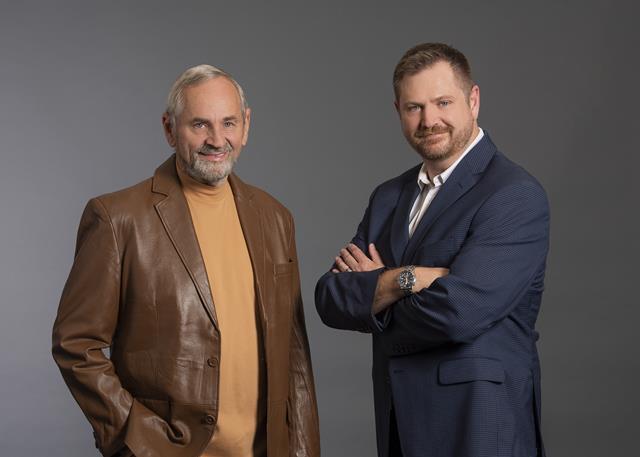 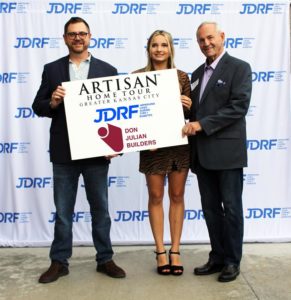 Don and Jeff Julian with their JDRF youth ambassador, Aubrey

For more than 40 years, Don Julian has set the standard for design, quality and outstanding customer service in the home-building industry. His unique architectural designs and innovative, award-winning floor plans have become a Julian trademark in metropolitan Kansas City.

Don constructed his first home in Kansas City in 1974, after a promotion to director of engineering at an east coast Fortune 500 Company required a move to Kansas City. During his search for a home in the metro area, Don quickly realized that a custom-built home was what he wanted for his family. As Don’s interest in construction grew, he decided to make it a full-time business.

The engineering approach Don incorporated in his first custom homes also jumpstarted his success and initiated certain trends in the marketplace. His innovative nature reveals itself in such elements as virtual “walls of glass,” which he introduced even before the “light and bright” open floor plans that have become a Kansas City standard. “My passion is design and discovering the latest trends, in addition to incorporating new twists on floor plans,” he explains. Through the firm’s in-house design center, Don draws upon resources of an architectural staff, interior designer and a fully equipped decorating studio to make a client’s experience a truly one-stop shop.

In the late 1980s, Don began to focus more on the development side of the business. As further evidence of Julian’s talent to meet the market demands of changing lifestyles, he is credited with the successful development of several upscale communities, such as the prestigious Northland subdivisions Riss Lake and Tiffany Greens. Additional developments include Lakewood Shores in Lee’s Summit and his latest project in conjunction with Brian Rodrock, Terrybrook Farms in Overland Park.

As a tribute to his success, for two consecutive years, Professional Builder Magazine listed Don Julian Builders as one of the top 400 builders in the United States. In 2017, it named him #212 as a “Housing Giant.” Builder Magazine placed him as one of the top five builders in one of the top 50 single housing markets in the nation and listed Don Julian Builders as #186 in the Annual List of America’s Biggest Builders for 2016. In addition to garnering national attention, Don has won hundreds of awards locally for value, design and craftsmanship in home-building excellence. As a matter of fact, he has won more awards than anyone in the history of the Home Builders Association of Kansas City, as well as created more than 2,000 of the finest custom-built homes in the KC Metro area, worth over $1 billion.