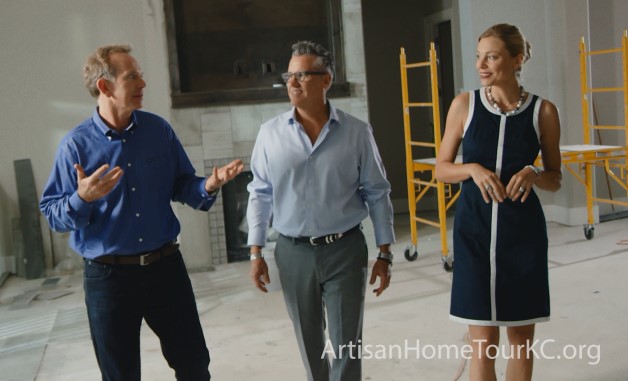 We are thrilled with the television commercial that features our very own Jeff Robinson and his Artisan Home in the Summer Wood subdivision, tour no. 8,  16101 Century Street, Overland Park.  Jeff graciously opened his home while still under construction to give a tour to the cast and crew from Isaac Alongi Studios.  See this air on network television local news, August 31-September 19!  Click here to view.